To highlight the fact that VW Bank were offering to pay customers motor insurance if they took out finance with them a highly creative response-driven direct mail campaign was designed to communicate the proposition.

But when taken out of the holder and opened up they were revealed as the letter and brochure elements of the campaign, which highlighted the fact that if the recipient took out finance with VW Bank before a clearly specified deadline then they’d have no insurance to pay for the coming year. VW Bank would reward them by paying it for them, as a ‘thank you’ for taking out finance with them. 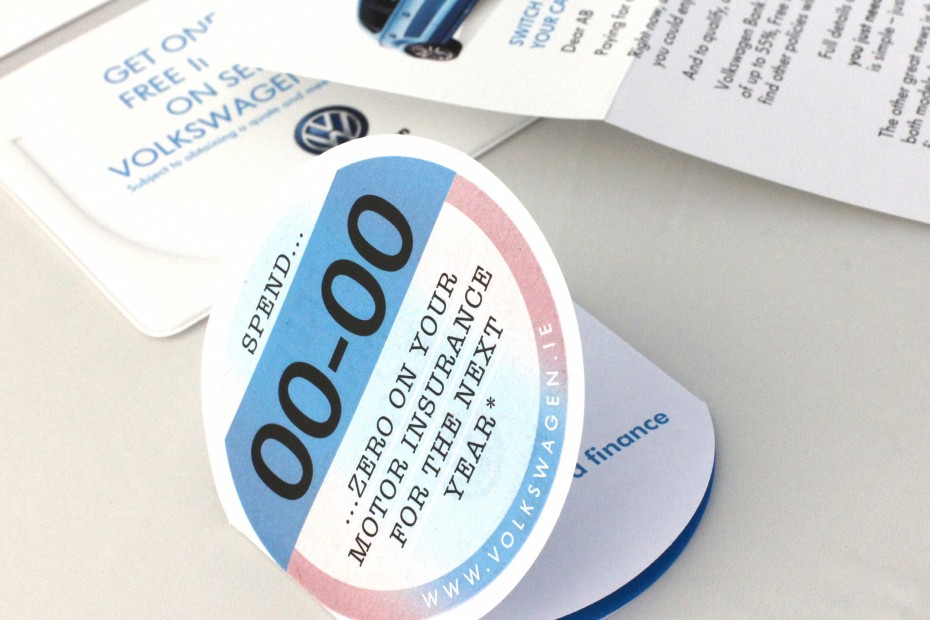